Singapore continues to gain strong recognition as a global tech-hub for some of the best talent on the market, with hiring in the industry outpacing that of the finance sector last year. ViSenze is proud to be listed by Glassdoor as among the Top 10 Tech employers in the country, alongside the like of Google, PayPal, Salesforce, LinkedIn and SAP. According to Glassdoor’s report the future for talent lies inn the opportunities for ‘knowledge workers’ – those that use data, software and intellectual skills.

A report on Singapore hiring trends released today by jobs website Glassdoor shows that hiring in the tech industry here outpaced that in the finance sector last year, based on job postings on the platform. PHOTO: CMG

Singapore could become one of the world’s top destinations for tech hiring in the coming decade, given its highly educated workforce, proximity to large Asian markets and pro-tech-investment policy stance.

A report on Singapore hiring trends released today by jobs website Glassdoor shows that hiring in the tech industry here outpaced that in the finance sector last year, based on job postings on the platform.

There were over 5,800 job postings in the tech sector here on Glassdoor as of last November, compared with about 4,710 in finance.

The company’s chief economist Andrew Chamberlain noted that while hiring slowed in 2016 and 2017, the number of job vacancies on the site is increasing.

It saw 52,090 jobs posted in Singapore as of last November, up about 40 per cent from a year earlier.

In contrast, the 6.3 million jobs in the United States on the company’s website in the same period were a 6 per cent rise year on year.

Ministry of Manpower figures also show that tech and finance hiring in Singapore is on the rise as a percentage of total vacant positions – from 6 per cent between 2006 and 2013, to over 12 per cent as of June last year, noted Glassdoor.

Said Dr Chamberlain: “The future of work in Singapore is likely to feature many more opportunities for ‘knowledge workers’ – those using data, software and intellectual skills – in the country’s growing tech and financial sectors.”

Based on Glassdoor data, the biggest demand in the tech industry is for software engineers, while in the finance sector it is for risk managers.

“With abundant tech talent and proximity to growing Asian markets, Singapore is a natural choice – something we expect to continue in 2019 and beyond.”

Based on Glassdoor data, the biggest demand in the tech industry is for software engineers, while in the finance sector it is for risk managers.

But the pay becomes similar for the highest-paying roles.

In tech, a senior managing director at a computer hardware and software company earns an estimated median base pay of $19,687 a month.

In finance, the top job opening is for an executive director of treasury services in an investment banking and asset management company. Its estimated median base pay is $19,414 a month.

Separately, an online survey – commissioned by Glassdoor – of around 1,000 adults here suggests that 2019 could see a significant number of job moves.

Nearly two-thirds of respondents said they were either currently looking or planning to look for a new job. Many were young workers, with around 70 per cent of those aged 18 to 34 planning to find a new job, compared with about half of those aged 45 and older.

Most workers agreed to wishing they had a better understanding of what fair pay is, possibly suggesting a lack of transparency on salary in the workplace, the results found.

Meanwhile, nine in 10 agreed the realities of a job, such as its hours, workload and responsibilities, tended to differ from expectations set by companies in interviews.

Four in five agreed that workplace culture is more important than earning more money, and almost three-quarters of employees and job seekers said they accepted the salary offered for their current or more recent job offer without negotiating. 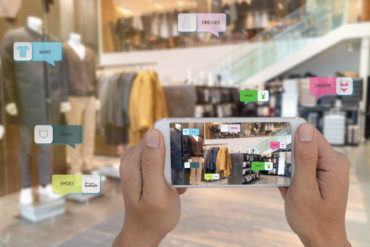